This article contains affiliate links, find out more here by reading our policy and disclosures

Rust, rust, rust.  Rust on the car, rust around the faucet in your home.  If there’s one statement that’s tried and true it’s this, “If it can rust, it will rust.”  Rust can be annoying when it eventually and inevitably pops up somewhere around your home.

The good news is after you finish using these natural rust removal methods, rust won’t be a bother to you no matter when it starts to appear.

Let’s breakdown a little bit of the science shall we?  What is rust? Rust is an iron oxide that is the lovechild of iron and oxygen when they react with each other in the presence of water.  So basically, unless you remove all of the oxygen, or all of the water in your home, it will be next to impossible to completely stop rust from occurring.  That being said, with a little effort, you can easily remove rust once you spot it.

Here are a couple simple and easy ways to remove rust that don’t involve a lot of ingredients or mixing.  Matter of fact, the first method I’m going to show you only has one ingredient.

The second method, which is by far the most unique one, is called the Margarita Method, you’ll see why in a bit.

The first method only has one ingredient, and it’s one of our favorite ingredients for cleaning; you may have already guessed, but it’s vinegar!  Just pour or spray white vinegar on the rusty areas and let it sit for one hour. After one hour, simply come back with a scrub brush or scouring pad and clean off the rust, it should be a piece of cake.

Before you start cleaning, don’t forget to check out the next natural rust removal method: 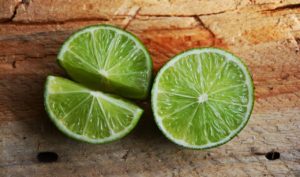 This one is fun.  You’ll only need two simple ingredients for this easy and natural rust removal method.

Take a lime and slice it in half.  Take one piece and squeeze the juice over the rusted area and or just rub the lime on the area directly.  After that, quickly sprinkle some salt on the area you just wet with the lime. Next, let the lime and salt soak in and work its magic for a couple hours. This may be a good time for a margarita break.

After a couple hours or so, come back and scrub the area with the squeezed lime or use a scrub brush depending on the surface of the area you’re cleaning.

Take your cleaning power to the next level:

If vinegar alone isn’t getting the desired rust removal effect you were looking for, feel free to re-apply the vinegar and then sprinkle some baking soda over the area and use a scrub brush or scouring pad to remove the rust.

This same trick can be used for the Margarita Method.  Simply apply the lime juice and apply the baking soda while the rusted area is still wet.  Let it stand for 10-15 minutes and come back ready to scrub, the rust should just melt away.

No time for limes? Want to remove the rust ASAP? 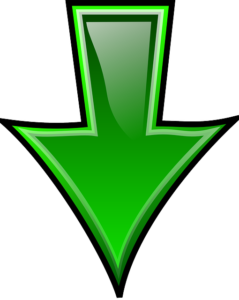 If you don’t want to wait 1-2 hours to remove the rust that’s perfectly understandable.  If you’re in a rush there is still an all natural way to remove not only rust, but lime and calcium as well.  We found an all natural rust remover called Fit Organic, it’s the only USDA certified rust remover.  Find it here.  It removes rust, calcium, and lime deposits quickly and naturally.

Removing rust? Easy. Removing nail polish? Even easier. If you haven’t been taken down by a few margaritas yourself, take a peek at this recipe for a natural nail polish remover.